EUROMACS is a registry of the European Association for Cardio-Thoracic Surgery.

The EUROMACS Registry was founded on December 10, 2009 in Berlin

The Foundation as an Association took place after an initiative of the then two European hospitals with the largest clinical programs in the field of mechanical circulatory support - the Deutsches Herzzentrum Berlin, represented by Prof. Dr. Roland Hetzer and the Herz- und Diabeteszentrum NRW Bad Oeynhausen, represented by Prof. Dr. Jan Gummert. The initiative was supported by an additional 14 founding members. 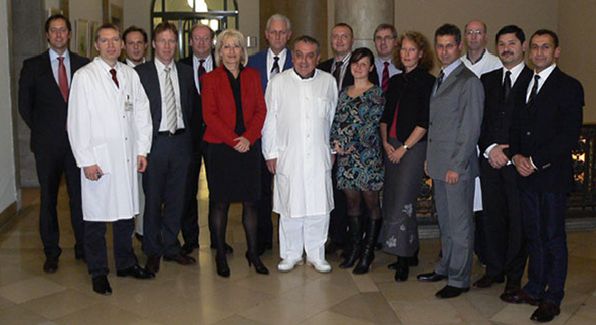 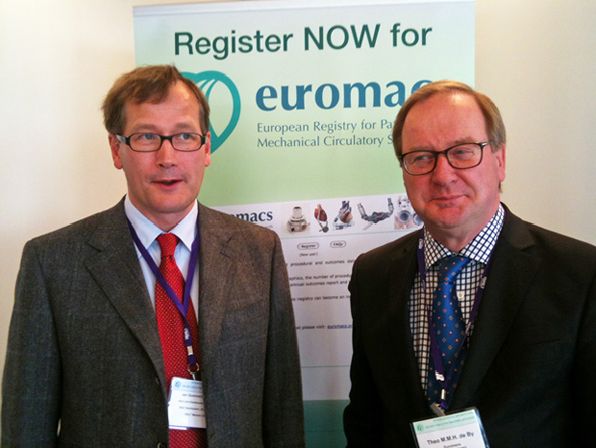 On February 12, 2012, Theo de By was appointed as Managing Director of Euromacs. Theo de By has previously held different management and board functions in transplantation and health care organisations. He has a Masters Degree in Executive Business Administration.

On April 26, 2012, at the occasion of the ISHLT conference in Prague, the Euromacs Registry went "live".

The continuity of the EUROMACS Registry was enabled by a generous grant of the Friede Springer Herzstiftung, which was received in 2012. In addition financial support was received from the mechanical circulatory device producing industry.

Based on the rotation system for EACTS Committees, Prof. Dr. Roland Hetzer stepped down as chairman in December 2014. Prof. Dr. Jan Gummert succeeded him. On that occasion Prof. Hetzer accepted the function of honorary chairman of EUROMACS.

Per January 1, 2014, Euromacs became a committee of the EACTS. Euromacs follows the EACTS governance code, its general policies, and participates in the QUIP quality assurance program of the EACTS.

In January 2014, Euromacs signed a "Memorandum of Understanding" with Imacs. Imacs generates data with respect to MCS on a global level. The MoU sees to the definition of working areas: Euromacs assembles data in Europe, while Imacs is active in the rest of the world. Imacs, like Jmacs (Japan), will provide aggregate anonymous data to Imacs.

In 2015 the first Annual Report was published in the European Journal for Cardio-Thoracic Medicine (Eur J Cardiothorac Surg. 2015;47:770-6).

From 2014 onwards, the EACTS has structurally funded the Registry. Reason why, in 2016, the board of the Association, supported by its members, decided to terminate the Association as a legal entity registered in Berlin.